Scaling up a business is not just about making cold calls and random pitches. It is about connecting the dots that work simultaneously with organizations to develop and deliver products, solutions, and services that drive customer value and revenue results. In this era of digitization and automation of consumer, organizations are not only facing a deluge of data but also, a paradigm shift in business insights, especially pertaining to setting key priorities in the marketing communications and branding segment.

In this scenario, MAQLAIM is highly required by the partner organizations and brands to mine these marketing communications and branding and generate relevant knowledge assets to churn them into apparent yet the optimized return on investment (RoI). We leverage analytics, technology and strategy to create solutions that work for the partner organizations and brands in the real world. We heave out from a wide and varied spectrum of content, data sources and apply the resulting insights to build compelling narratives and strategies for business growth. 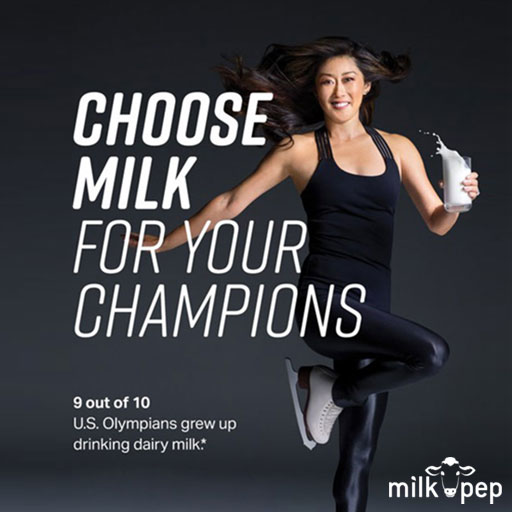 Premise: The MilkPEP (Milk Processor Education Program) Got Milk campaign is one of marketing’s most memorable. Over the years, their agency kept the ball rolling with Milk Life, a campaign ahead of the 2018 Olympic Winter Games.

Case-in-Point: Victor Zaborsky, VP of marketing at MilkPEP, credits their PR agency’s work with MilkPEP and the U.S. Olympic Committee for helping his organization do some of its best work. “From content that shows what it means for an athlete to be ‘Built, Not Born’ and reinforcing milk’s role in their training to developing a nationwide Team Milk activation partnering local milk brands with their own future U.S. Olympic hopefuls, the team has helped us deliver true results.” The work resulted in one of the largest USOC athlete sponsorships in the CPG industry. Milk Life drove 4.2% more incremental milk gallon sales in 2017, and 1.9 gallons for every marketing dollar spent versus 1.7 in 2016 — an improvement of 9.3%, according to marketing analytics company ThinkVine.

I say what I mean and I do what I say! In this otherwise cluttered playground of Marketing and Communications,...

At the backdrop of the pompous launch of Jio in India in 2016, a national daily stated that Jio is betting on...